Mission
‍
Create an engaging poster that communicates with the audience and brings awareness to the discrimination and inequality that some women face in the province of Québec, Canada.

Approach
‍
Using simple geometric shapes, a visual graphic that can represent both women and men was created. The idea was to create something similar to a signage that expresses equality of women and men.
Result
‍
The abstract shape of the symbol peaks the public’s curiosity. Two identical black objects that are turned upside down are placed in the middle of the poster to create a strong focus point. The white background of the poster makes the symbol much stronger due to the colour contrast. In order to make the audience rotate their head while reading the text of the poster, the message is placed vertically on both sides of the symbol. Also, there is one line that reads upwards and another that reads downwards. While the public is reading the message, I want them to see that the symbol will look the same no matter how they view it. 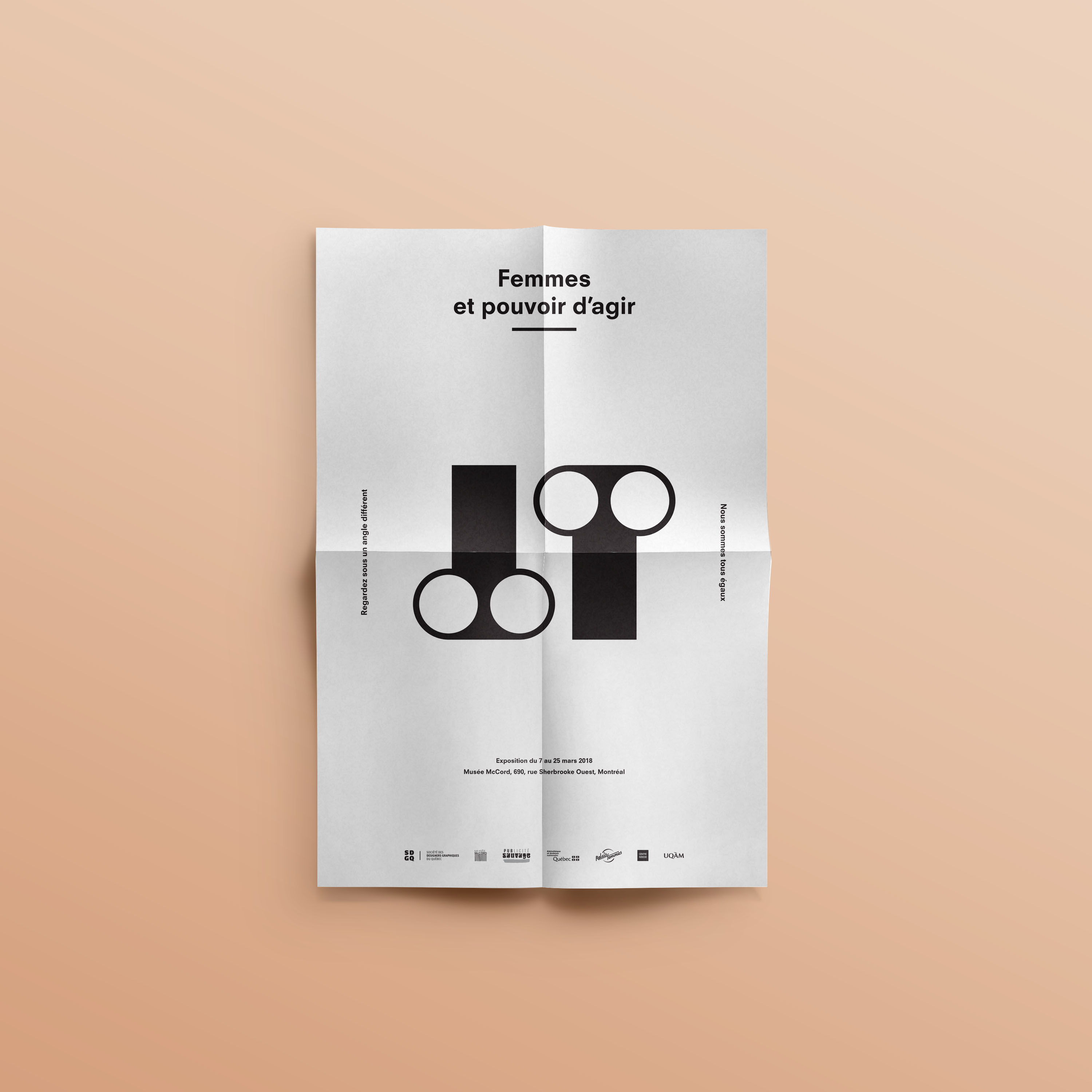 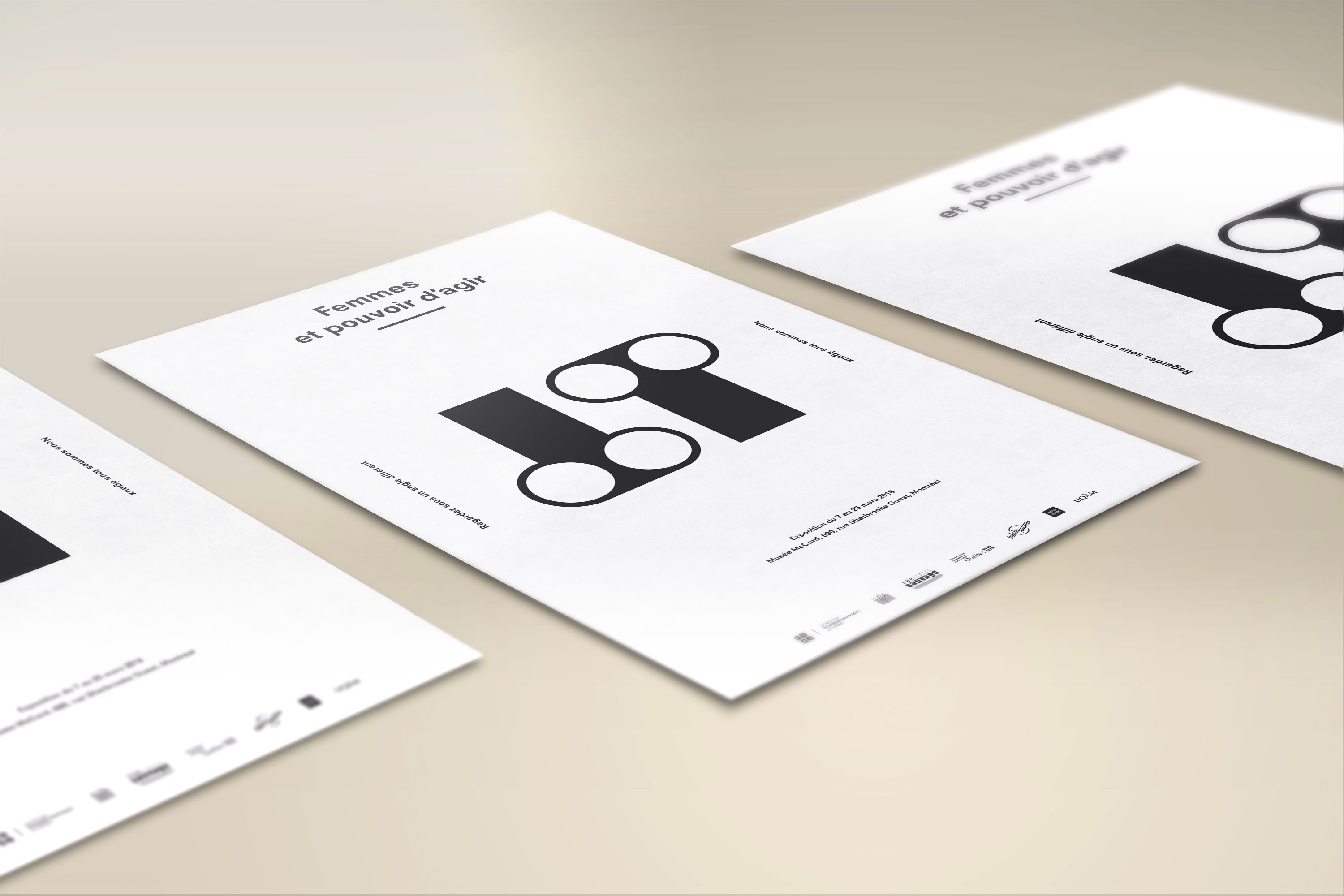